My little nephew had his first Birthday and he had a Baby Shark theme party. How on earth are you suppose to make a shark cute!

I didn't even have a shark stamp which I had Hubby's permission to buy a shark stamp, I found one from Newton Nook called Shark Bites. I added some cute fish from Simon says Stamp Beautiful Memaids and coloured them matching the Echo Park Sweet Baby Boy papers

I used Simon says Stamp Stitched Oval and their Stitched Banner for the sentiment which came from their Sketched Flowers. The letters and number are Newton Nook Essential Alphabet that was the easy bit. The today stamp came from Simon says Stamp Uplifting Thoughts but I had to blank out the rest of the words trust me it took more than once.

Finally I cut out some seaweed stalks from Memory Box that I blended with some ink that worked with the papers.

I did my best but obviously not as cute as his cake made by niece Cake that from Farnham, the top tier was a Lemon  and the bottom was Madeira and since I had a bit of each layer I can tell you tasted as good as it looks. 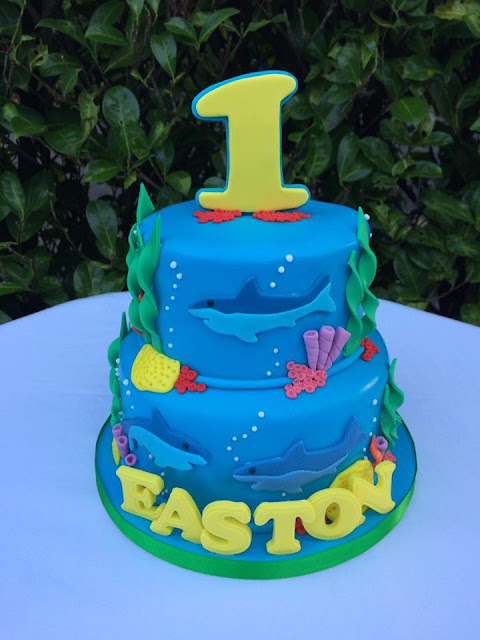 The Under the Sea theme was carried on throughout the house 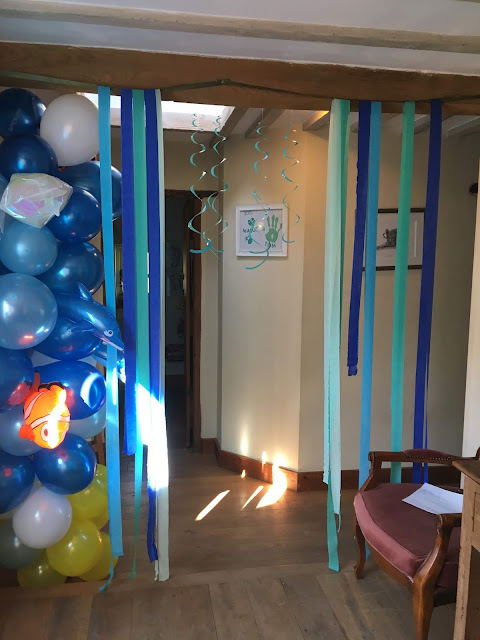 Including the Family Room 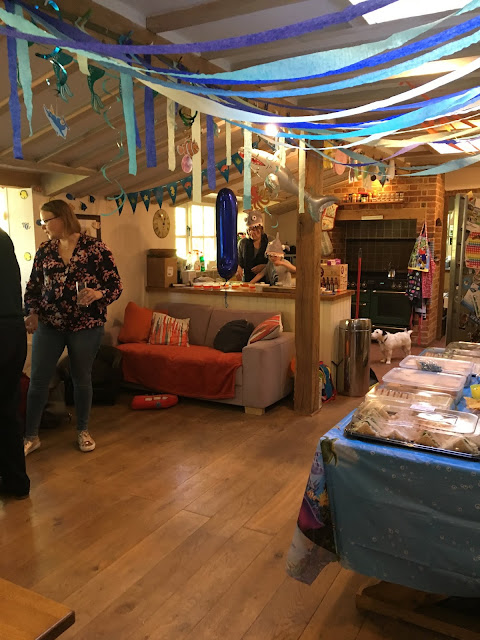 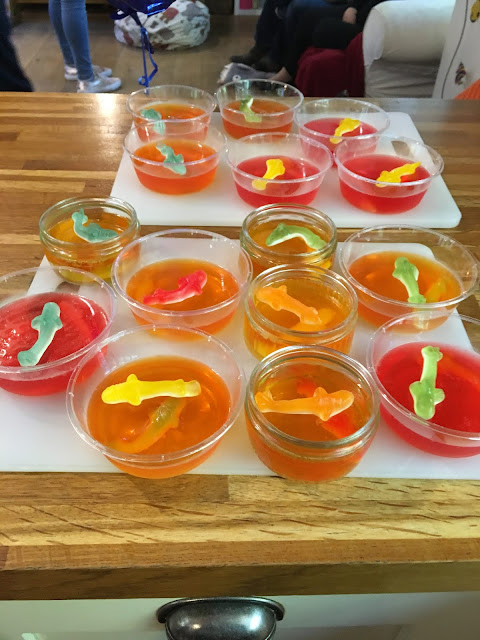 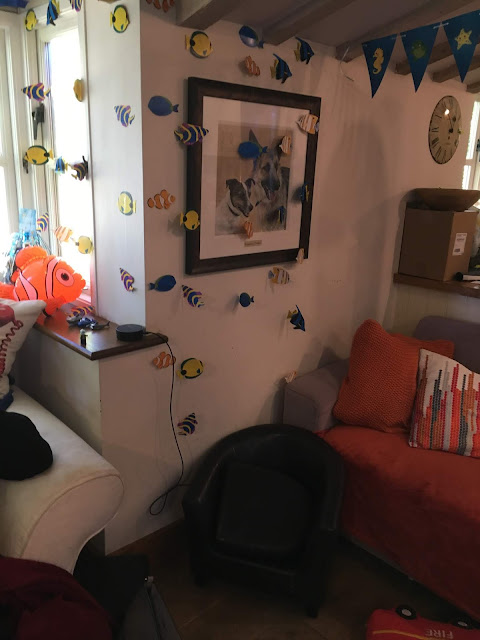 Even Shark and Fish Hats included. 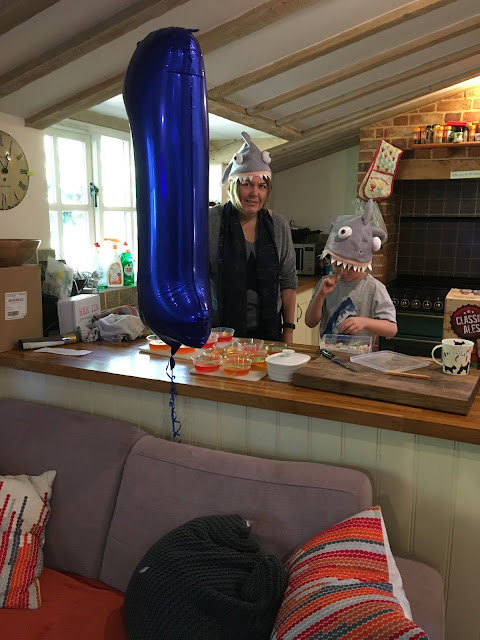 Even Grumpy worn one. 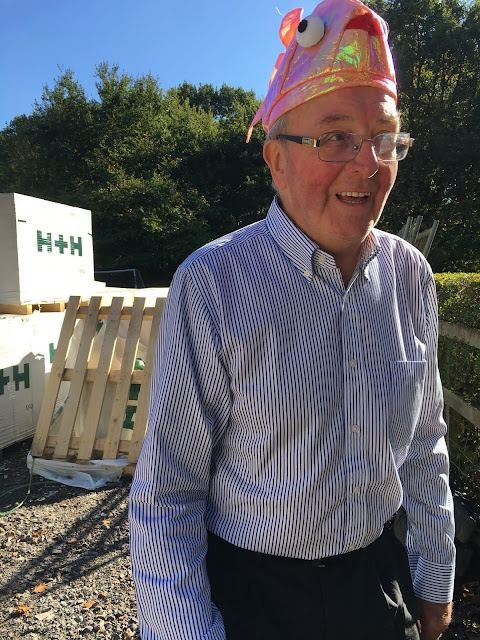 Oh wow! Brilliant card and party, shark are a wonder!bet you all signing that song and the tune gets stuck in your head lol xx

Your sharks are definitely 'jaw-some' Debby..lol, and love the other fish and foliage to make a gorgeous underwater scene on your card. What a wonderful idea for a 1st birthday, and the house was beautifully decorated and such a fabulous cake... great hats too. x

What a fabulous card, I am very impressed that you managed to find a shark stamp at all!! The underwater decoration looks amazing, as does the cake xx

It always amazes me how you come up with your great ideas for making cards. This is one cute card.

Wow that looks like an amazing party! Your card was perfect!

Wow what an awesome party theme! Great job on the cake...
Your card is amazing as are all your cards Debbie!

WOW! WOW! WOW! to each picture, what a wonderful party for a little boy, the cake is fabulous so is your card, love the details.
Faith
x

I think you managed to make your shark image cute!! What a fantastic birthday party. Looks like they thought of everything!