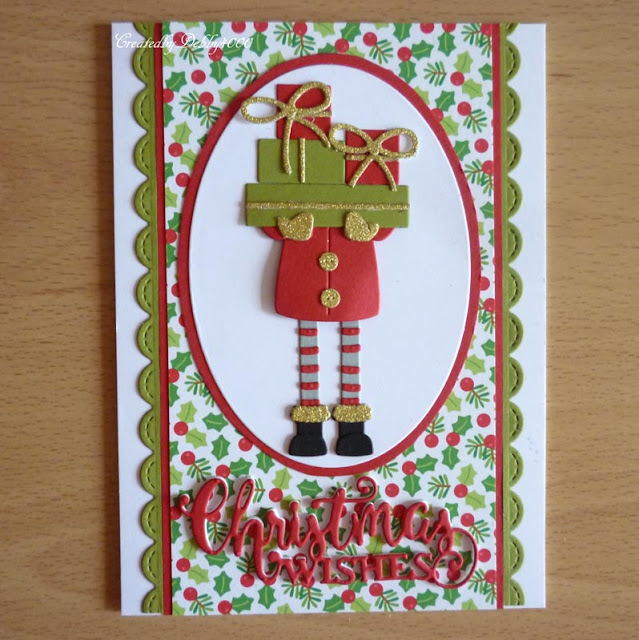 I treated myself to this die a few weeks back, my BIL gave us all a generous Amazon gift card at Christmas and this was one of things I managed to buy.
I used the die first with traditional colours and my last bit of DoodleBug holly paper. I really did enjoy putting it together.
The Christmas sentiment is a Creative Expression die but I layered, you can just see that it was with white card stock obviously the angle of my camera.
While writing this post I've another idea to make a card with it but I've got a couple family birthdays to sort out first.
Posted by debby4000 at 11:39 AM 9 comments: 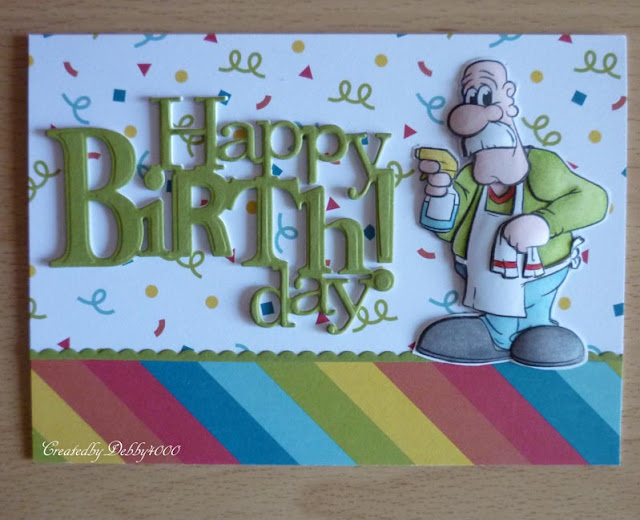 Wish mens cards were easier there are so many needed in my family. This one is for my brother in law who runs a cleaning company. So I used a Dr Digi image and layered him up, the papers are MFT and I think the sentiment is a Creative Expression die..
Need to get back to card making haven’t done any for ages.
Posted by debby4000 at 7:00 AM 7 comments: 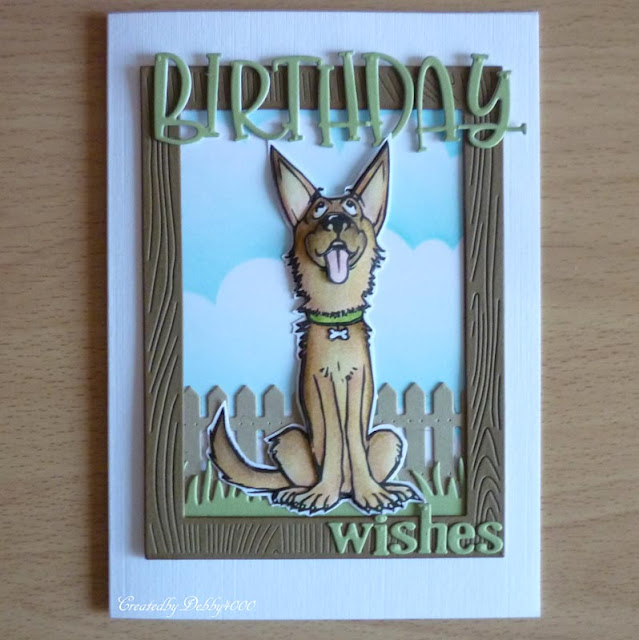 Now that this card as been received hopefully, I can post it. Just as well I’ve not card make or anything for a over a week now. Haven’t really felt well enough, just over 11days ago Hubby took a covid test because he’s a volunteer helper to vulnerable people and came out positive. He had only mild symptoms over the next few days but I went down with it three days later, I ended up up feeling really rough and sounding terrible but I’m on the mend now.
So this chap is a Mo’s image which I received from Patreon and tried to colour him in my nephews dog Cheddar colours. I fussy cut him out so I didn’t have the falling leaf so he’s looking at the Birthday word.
The frame is Hero Arts, fence and grass is MFT and the Birthday is Simon says Stamp, finally the wishes are some small letters die which has long since lost its packaging.
Posted by debby4000 at 7:31 AM 9 comments: