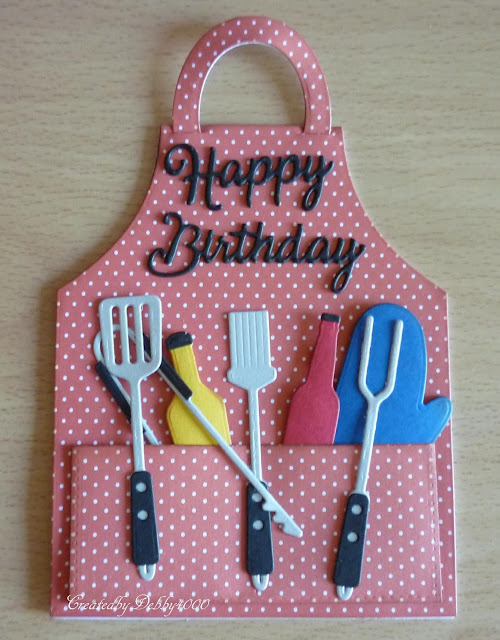 This card as now been received it was fun to do. The apron and the BBQ tools are Honeybee Stamps and I knew just who to make it for. Since I enjoyed making it I brought the garden set that works with the apron and I found a baking set that might work too. Do wish I used some pattern paper for the glove to help it stand out more.
The dotty paper is MFT and the Birthday die is Creative Expression.
I have two cards in my drafts both waiting for them to be received and I still have a couple Birthday cards to make then I’m going to start on Christmas, a bit late for Christmas in July but I really need to get a start with them.
Posted by debby4000 at 7:00 AM 11 comments: 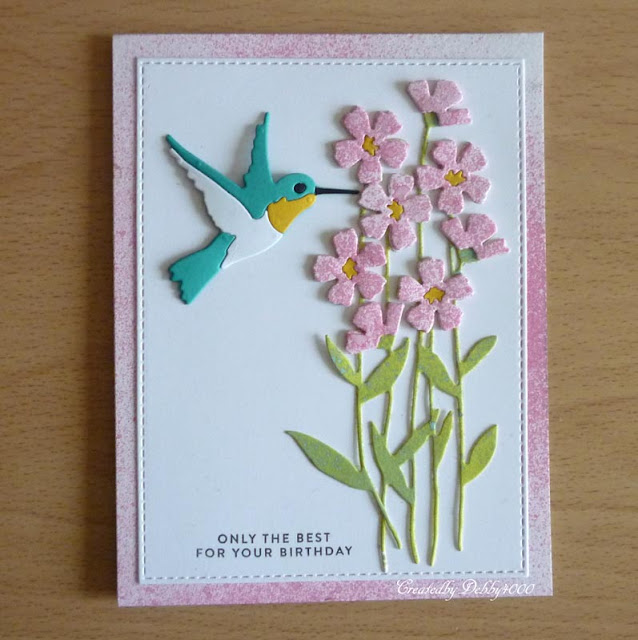 A card that’s now arrived at it destination. I finally brought some distress sprays which I used for the leaves and flowers of the Concord and 9th die. Still not sure on flowers centres hoped I could put a Pearl in the centre but they are random shapes. The hummingbird was tricky since there was no instructions which would of helped.
My only problem now I want more sprays and I’m reluctant to buy more since I’m not card making as much has I used to be. I still have two men’s card to make.
Posted by debby4000 at 7:00 AM 10 comments: 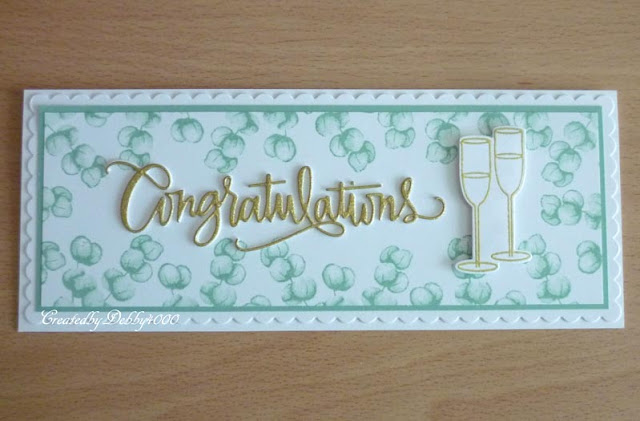 I had to make another Wedding card this time I had the idea of using the Stamping up set I think it’s called Forever Fern.
I used Simon says Stamp Congratulations die, I cut it twice with white the once more in gold. The glasses is a stamp  with a matching die.
Apologies for the crooked photo.
Now I’m back making men cards and I can’t show you them till after their birthdays and it’s a bit too hot to make them but I’ve got a deadline.
Posted by debby4000 at 7:00 AM 6 comments: 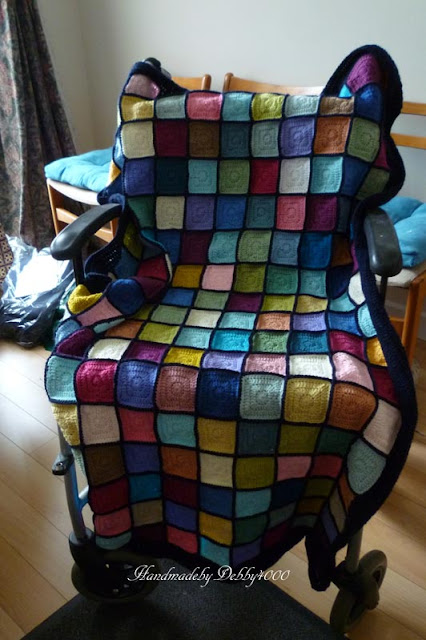 Its tricky to blog a crochet update with lots of photos to explain about which means it sends my i pad doolally so I have to do a post on the PC.

The above is a thin and possibly too long blanket that would work with a wheelchair or that was the idea when I crochet them together. Its made with all my left over scraps. 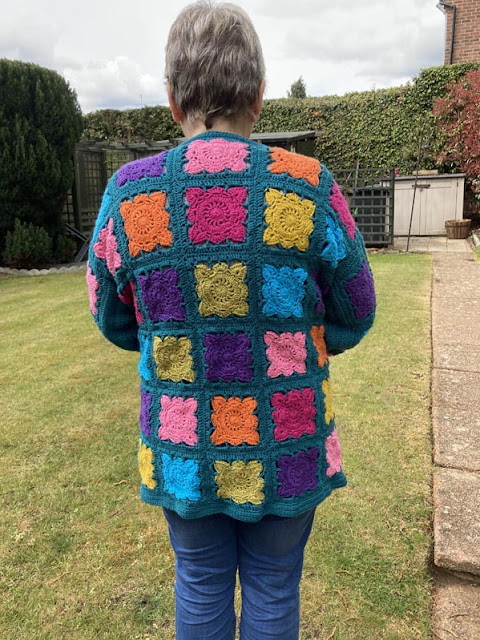 I made this patchwork jacket with the Willow pattern from Jan Eaton because I didn't like the one with the pattern that I was trying to use but in the end I went my own way. Things to work on picking up stitches to make a border. I unpicked it several times and this was the best I could do. There's basically no neck shaping will that need further investigation. 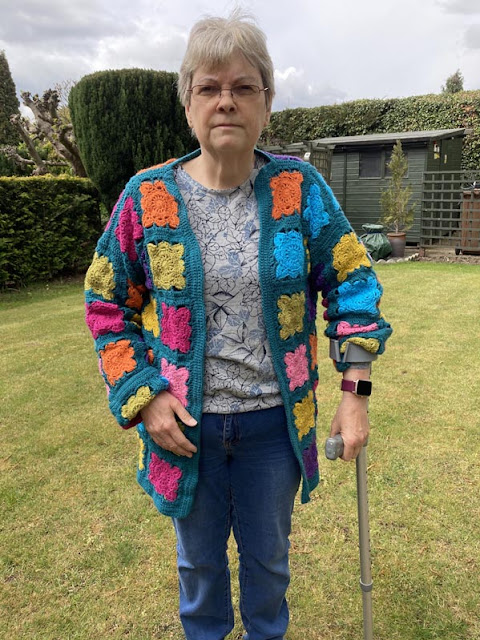 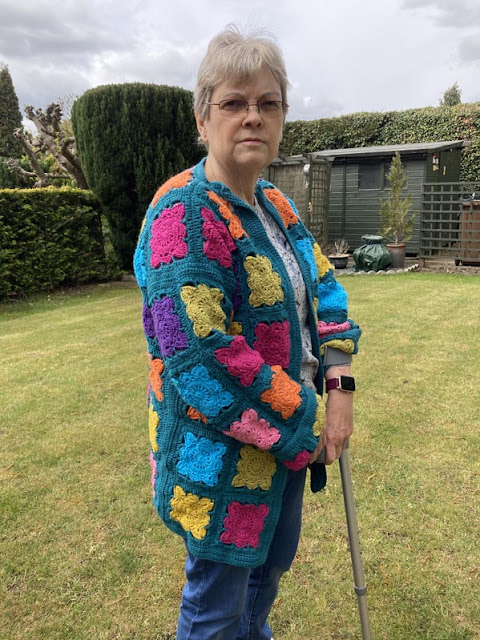 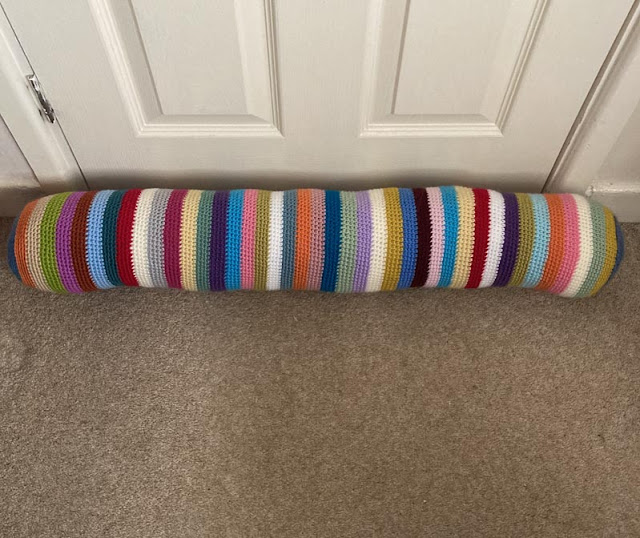 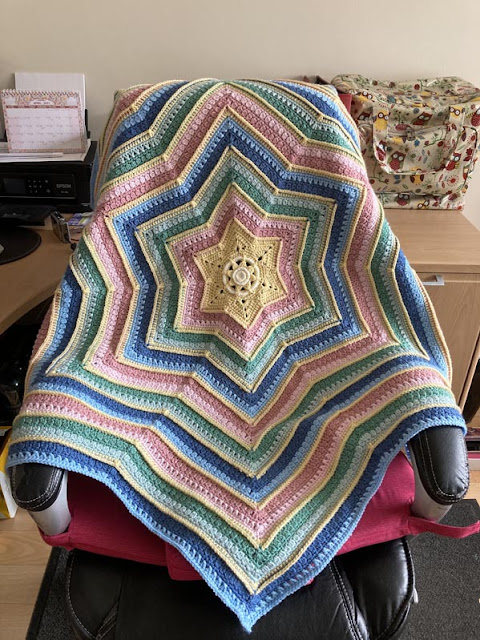 Next I made a star blanket which is earmarked for a baby. Its a pattern from Hooked on Sunshine. 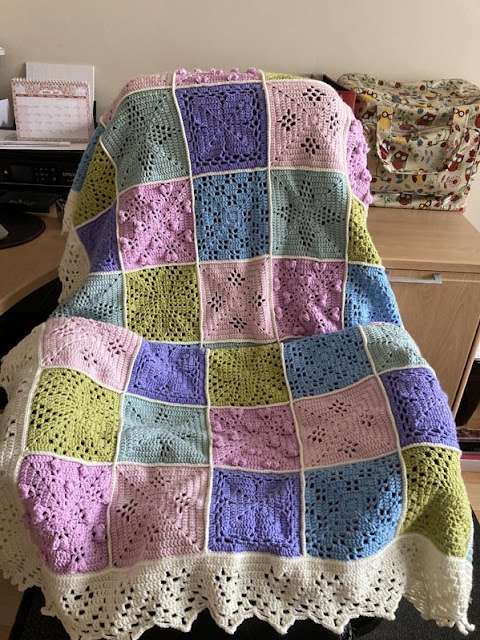 I made this a while ago but I think its Natures Walk Blanket from Cherry Heart, I had all the wool in my stash. 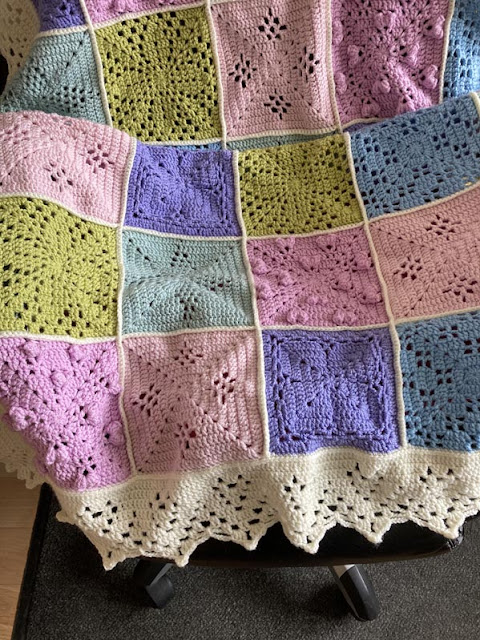 Its been so long since I did an updater and I'm now got three projects on the go. Another leftover squares blanket, Splanna from Crystals and Crochet and Crochet Now have another cal which I've also  started. I want to have a go at a Mandala Madness from Crystals and Crochet got the wool just need to finish the Splanna since I'm near finishing but that won't happen now we actually got the warm weather.
Posted by debby4000 at 7:00 AM 10 comments: 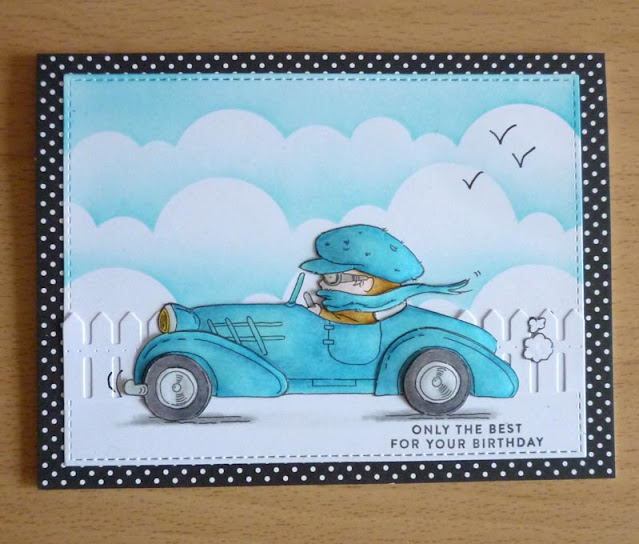 Sorry for the crooked photo but it actually straight just the way I photograph. Clean style Vintage Boys from LOTV.
Used a cloud stencil for the background which I’m not sure now if I like it. A MFT fence to give the sky a finishing point. A Simon Says Stamp sentiment to finish off, good job they are tiny words they only just fit.
Posted by debby4000 at 7:00 AM 10 comments: 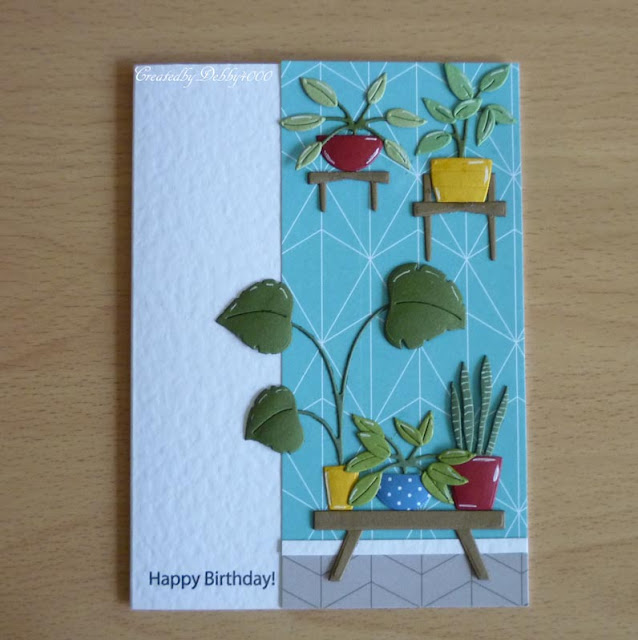 Not sure withe the white pen detail I think I need to work on less is more. I used patterned paper to look like a wall and floor, paper is MFT.
So are the dies, the flowers and pots are one set the shelves and table is another set. I enjoy playing with the dies so much I had to order the ladder die.
I hope to finish the card I started today it’s taken this long to get over the fall and wedding .
Posted by debby4000 at 7:00 AM 9 comments: 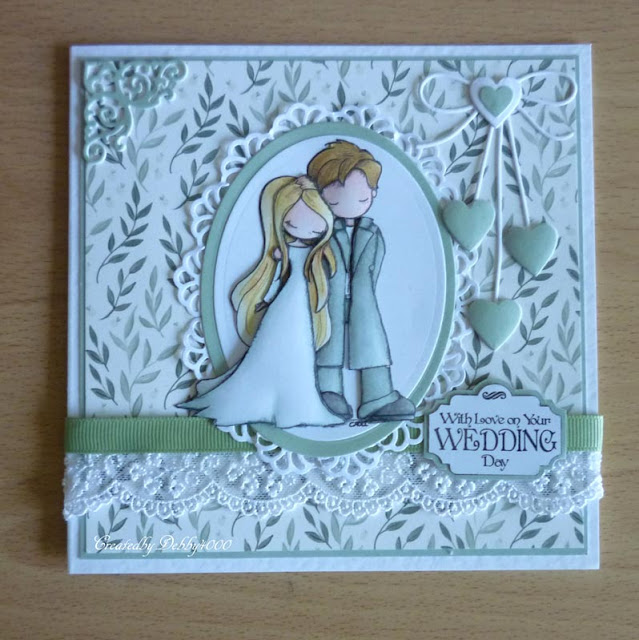 Finally a card the one I couldn’t show till now that the Wedding is over. Probably my favourite Wedding image from Tiddy Inks.
Have to confess I just used my favourite Wedding embellishments like the Penny Black cluster hearts die and the last piece of lace that I can’t seem to buy now. The crochet border die from MFT that I can be snipped so it fits round the oval and lastly the LOTV stamp.
The Wedding was such a lovely day and just the boost we needed. Although I’m suffering a bit now and not just with my problems but that fall last week did slightly more damage than I thought and apparently I need to be patient because bruised ribs take time to get better. Hope it improves soon I was in the middle of making card and it’s gathering dust whilst waiting for me to finish it.
Posted by debby4000 at 7:00 AM 10 comments: