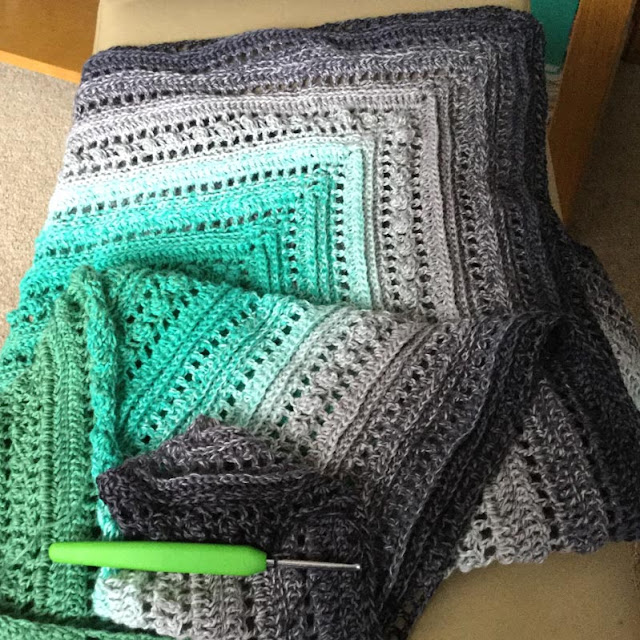 Nearly finished my Secret Paths Shawl which is a freebie pattern, I've used a Scheepjes Whirl while not cheap I think never beats their gradual colour changes. 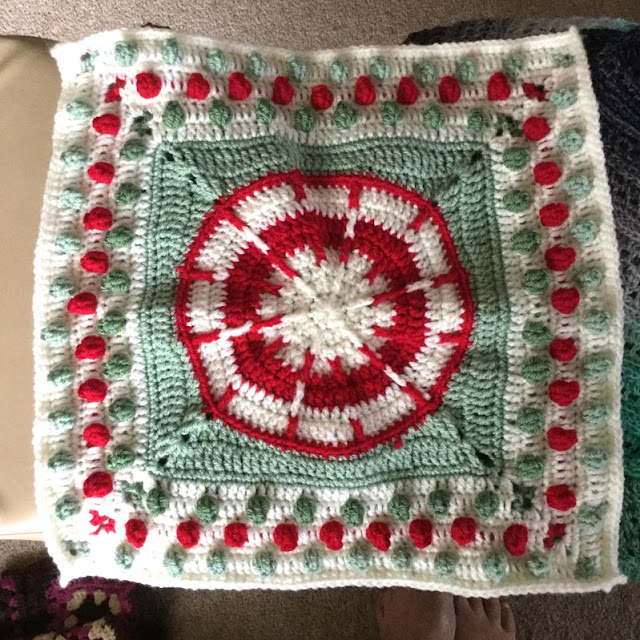 I may have mentioned I don't like lots of projects in progress but I couldn't resist the Ugly Christmas Sweater Afghan Cal which again is free. I always wanted to join in with one and I also wanted a Christmas coloured Afghan so its a win win situation. So far I'm two weeks in and probably working on week three as I post. 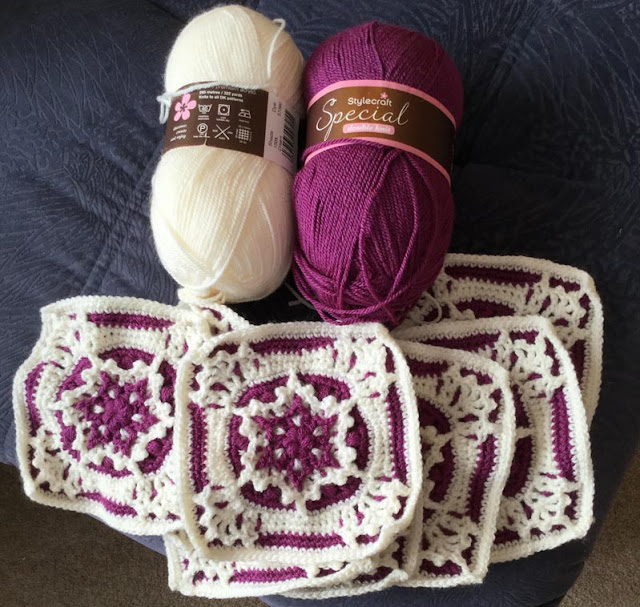 I still working on my Thursday Night Afghan Blizzard Squares annoyingly my Sister keeps going away so its not growing that quickly.

Also I thinking of making a cover for my foot stool since I've had to repair it with parcel tape and I've order some wool for an idea which should end up as jacket for me. Oh dear that's five projects and make over hundred Christmas cards, better get off the PC then.

You seem to manage to keep lots of balls in the air with these different projects you have on the go Debby, and they are all beautiful. I couldn't even finish one project very well..lol. That saying I did manage to finish a blanket a while ago which is good for me. I look forward to seeing how these progress. x

These are beautiful they look real snuggly, you are so talented, hugs Pops x
cards by pops

Lovely work Debby, I’m just teaching myself to crochet via YouTube as I’m such a slow knitter, really enjoying it and I’m afraid I have 5 things on the go at once, I’m so far behind my Christmas cards I will soon have to have a week of work to catch up he he thank you for the pictures they all look amazing especially the secret paths one might be number 6 me thinks. Hugs Debra