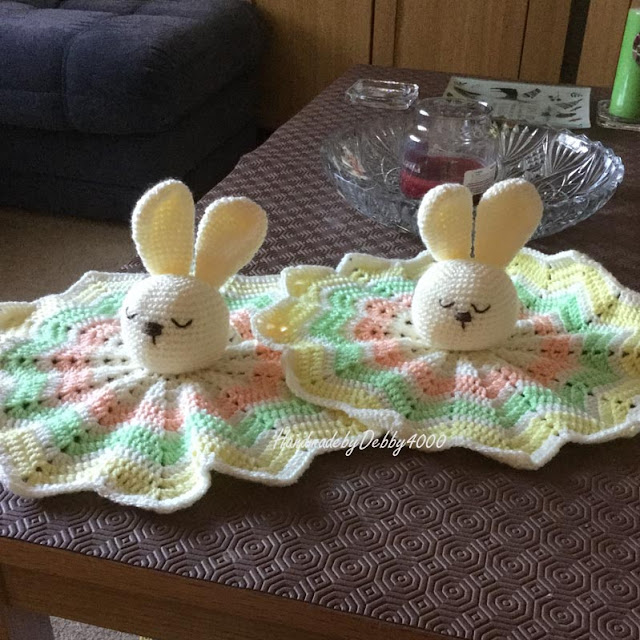 May the fourth be with you, well you have to it only happens once a year. I thought it was time for a crochet update.

First I finished of the two bunny comforters, they match the star rainbow ripple blanket but only is going with the blanket, the other one is for an acquaintance/friend. 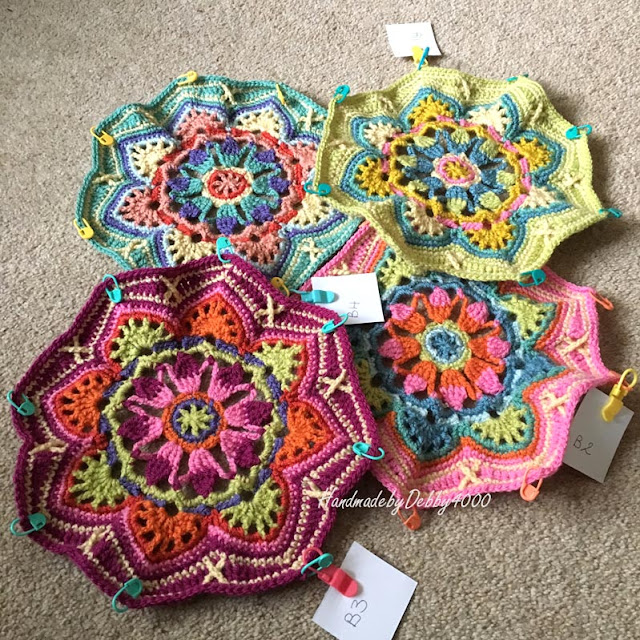 Finally I've started my Christmas Present from my son, its Eastern Jewels colourway of Persian Tiles from Janie Crow. The kit comes with the Persian Tiles pattern and a Colourway pattern. One of the first things I did was to exchange the Stylecraft Life Fushia for Boysenberry in Stylecraft Special. The main reason was there was wool in the Life but the rest was all Acrylic.

One of my problems is I much prefer a smaller hook because it looks neater but it makes my tiles too small and hoping I will just have a smaller blanket and possibly need more rows on the border. I keep forgetting to change the hooks so quite a bit of frogging as been going on. Also my crosses have stopped the tiles from laying flat and I honestly don't think blocking will help so instead of a double treble I'm actually doing a treble treble. Fingers crossed it will all work out in the end. 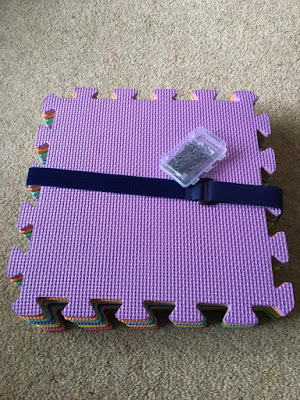 I decided that I may need to block it so I brought some very cheap foam squares that are made for children and some stainless steel pins. I found a velcro belt  to hold them in place, now I need to find somewhere to keep them.

Not sure if I put on my blog that our car was recently damaged. A deer tried to catch a lift and took out the part of the wing. Hubby said it would be a dent turned out to be a lot worse. 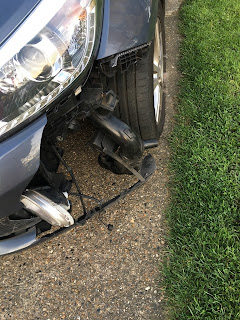 I must say our Insurance and Nationwide Repairs sorted it all out and within a week the car was returned to us, good as new.
Posted by debby4000 at 7:00 AM

I adore the two comforters and a great start to your blanket as well Debby. Looking forward to seeing how it progresses. x

Wonderful designs, colours and work Debby, love the crotching as for the car? oh! my goodness. SO glad it was sorted in a short time.
Faith
x

oh those are so nice!
hope car it will be fixed!
hugs

Those little bunny comforters are so cute, and the quilt parts are gorgeous. That is going to be an amazing project!. Glad your car was fixed quickly and without too much fuss.

Do you share the pattern for the bunny comforter? The little bunny is so cute. Thank you for sharing.