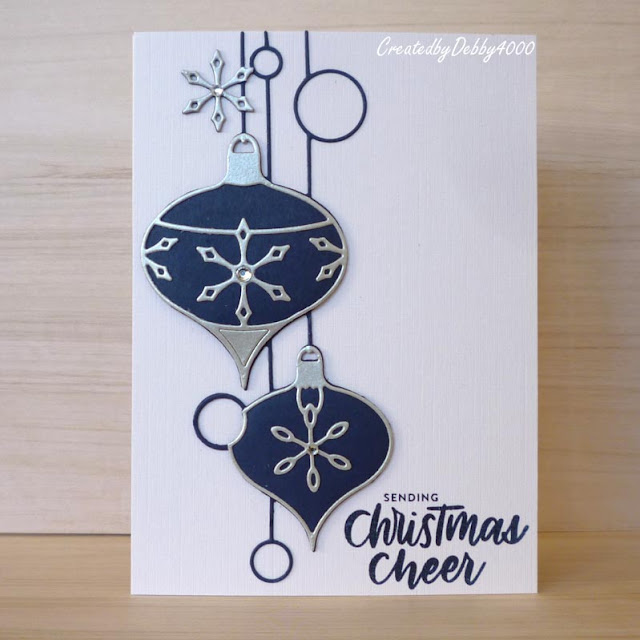 So last week I had the blue and silver card out and while making last weeks card I also made these two cards using some old Memory Box dies that have been barely been used. The first one is using a large die called Hanging Ornaments that fits the whole side of card. 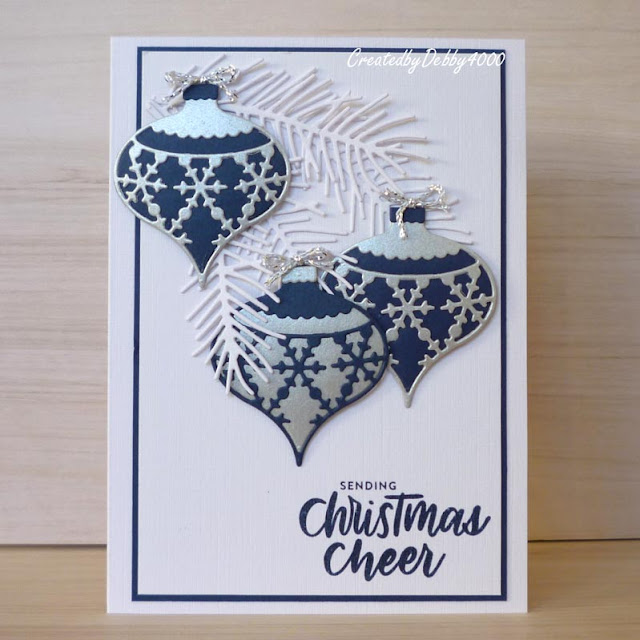 This bauble is from two dies from Memory Box Snowflake Ornament and Classic Ornament this time I wanted them to hang from Christmas Tree Branches so I added the Simon says Stamp Pine Needle Trio.  Again the same sentiment was used but don't worry it's now back in its packet

These are very elegant

A beautiful card Debby, such an elegant design.
Thank you for visiting my blog.
Pauline - Crafting with Cotnob
x

I absolutely love the bauble die on the first card Debby and you have made a very elegant and pretty card using it in the dark blue and silver. I love it so much I have managed to find one on e-bay to use for some of my Christmas cards, which I have sworn I am going to make regularly throughout the year and not leave too many to do in November/December. If I blog any I will be leaving you a link and a thank you for 'enabling me'. The second is beautiful too and I love the way the baubles are grouped and they look great hanging from the pine branches. x

Your cards are elegant, Debby! I love the color combo and the simple design. I need to get out some navy blue and silver and see what I can come up with. You've inspired me!