Snowflakes and a Craft Update 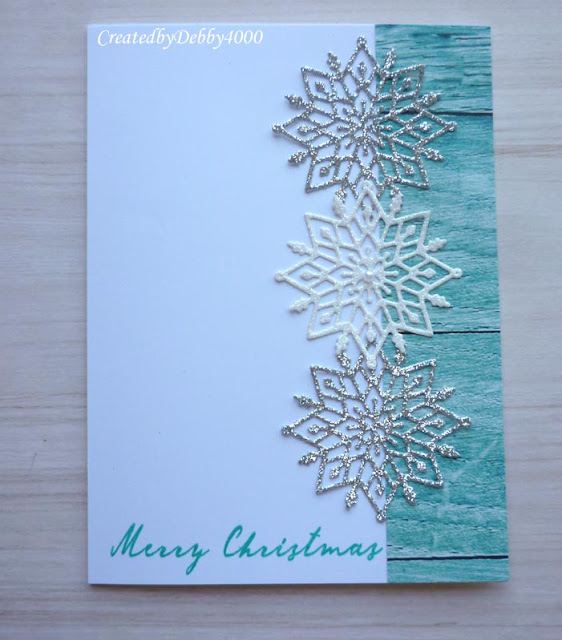 Made this card a few weeks back but was disappointed with the white snowflakes and it would have looked better all in silver. The snowflakes are Simon says Stamp and so is the sentiment from their Inside Christmas Greetings. 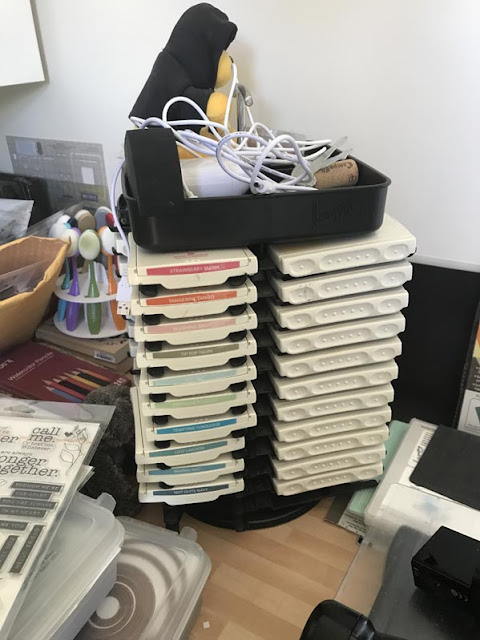 Had a bit of a re-jig in my craft room, I've had this tower for my Stampin Up inkpads for many years but now feel it takes up a lot of room in my small space so I brought on Amazon Marketplace this MDF(below). Hubby was less impressed when he realised he would be putting it together. It's suppose to fit inside an Ikea Kallax shelf unit but that to me would take even more space so I'm happy as it is. And yes it does take less room but someone can't count! 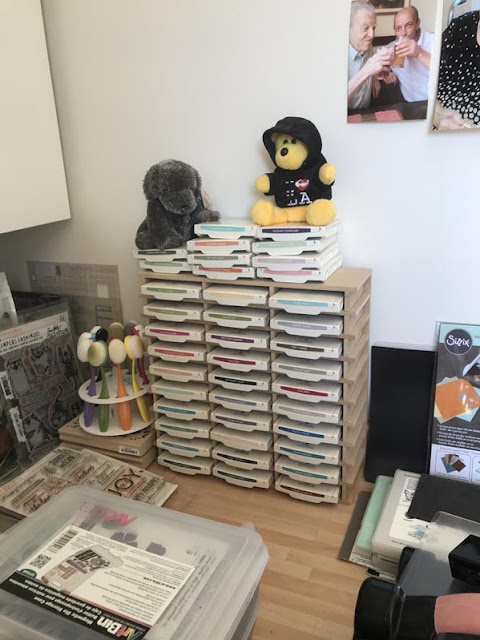 Yes I am crocheting another blanket again from Helen Shrimpton called Arcadia using Ineke colours that Ineke lists on Ravelry. Athough I have fiddle with some of the colours as I didn't want blocks of cream but use the green instead. 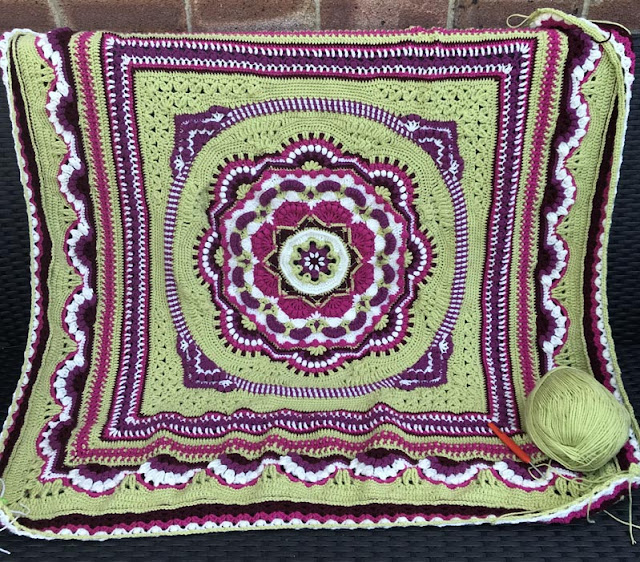 It's far too hot at the moment here in the UK under a blanket so I brought a cross-stitch pattern. When did they get to be so expensive but it could be just that I haven't brought one online for many years. 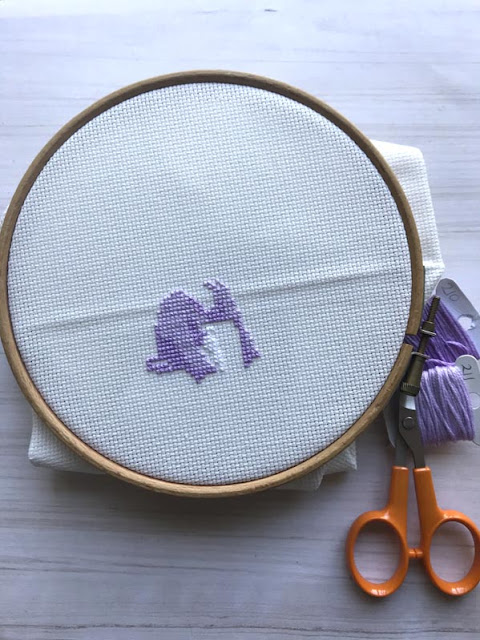 I also had a problem there were numbers of the threads I never heard of before, DMC as brought out over twenty new colours since I cross-stitch so I had to work out replacements we shall see if I chose the right ones. 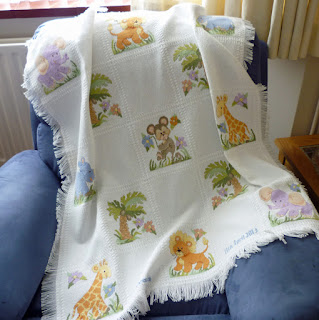 Actually found the last thing I cross-stitch was for my Gt Nephew when he was born in 2013
Posted by debby4000 at 7:00 AM

Every project is just wonderful and beautiful, as for your storage, great and yes it does take up less room, never mind a few are loose LOL
Keep safe and well
Faith x

Those large snowflakes are very pretty Debby and look great with the blue border and love the crochet and the green in the background is a perfect substitute colour. The ink pad storage is indeed better and the cross stitch will keep you busy and a beautiful blanket you made for your great nephew... you are a very clever lady. x

Your card is beautiful, lovely snowflakes and design.
Your new storage is super, well done for finding it.
Your crochet is awesome Debby, gorgeous colours. I love cross stitch, and your baby project is gorgeous, Kate x

ok so if you put a few clouds on your card maybe the white snowflake will show up ti your liking. maybe just get another shelf, you know more colors are "needed" I love the blanket it has such a great pattern. I laughed when you talked about your cross stitch. I have a tiny one I've been working on for 20 years. ok, perhaps working on it is a stretch of the imagination. every time I pick it up I put it back down.

Your needlework is always so beautiful. Thank you for sharing it. I think your card is lovely, too. Maybe the middle snowflake would look better in silver, but I still think it's great the way it is.

I love the Christmas card and the snowflakes look lovely to me! I have started a cross stich project and forgotten just how long it takes!! I use Evenweave linen and I am sure the holes are smaller than I remember!! Having to use a magnifying thing to see the holes!! Have a lovely weekend. Hugs, Carol S.xxx