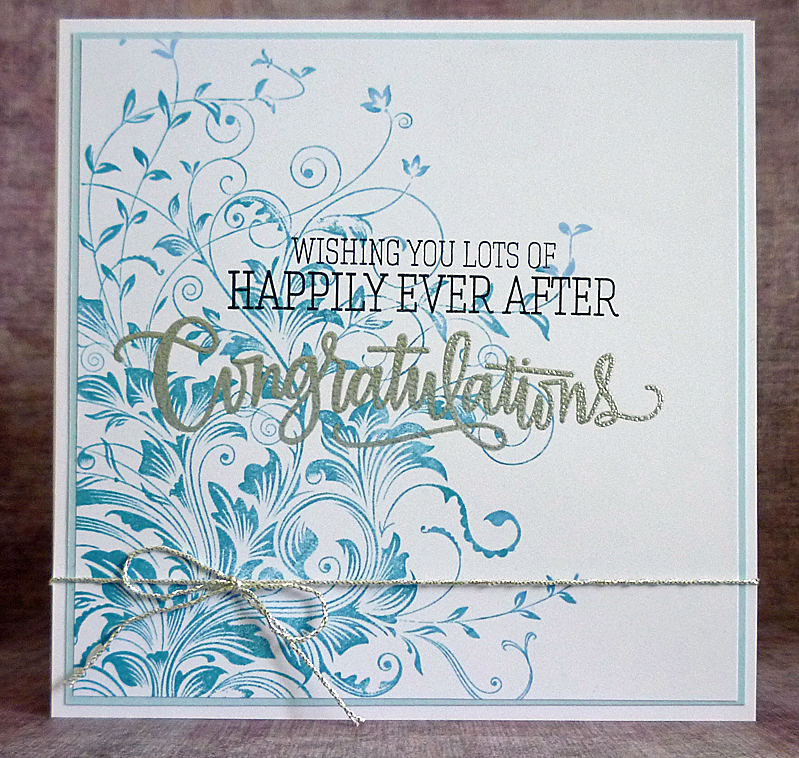 First off I just want it to go on record that I don't have any links or know anyone at Misti and that I actually brought it from Simon says Stamp. Also this is my blog and I like to honest and truthfully so if this tool was pants I would indeed admit it was an expensive mistake.
The reason I brought the Misti wasn't to jump on bandwagon, I have problems stamping due to dodgy hands for some reason I stamp more to the left than the right. Also I find stamping hard work and painful especially when you stamp lots of images. I'm hoping with the door it will help me with this but I haven't tried loads of stamping yet.
But I can't say its pants because every stamp I used on the above card was stamped twice, even the silver pigment ink for embossing. Ok you still need to pay attention that you put the sentiment stamp on the door straight! But I made this card so quick and it didn't take several tries to get a perfect image with a few making it to the bin. I literally just stamped again on the same image. 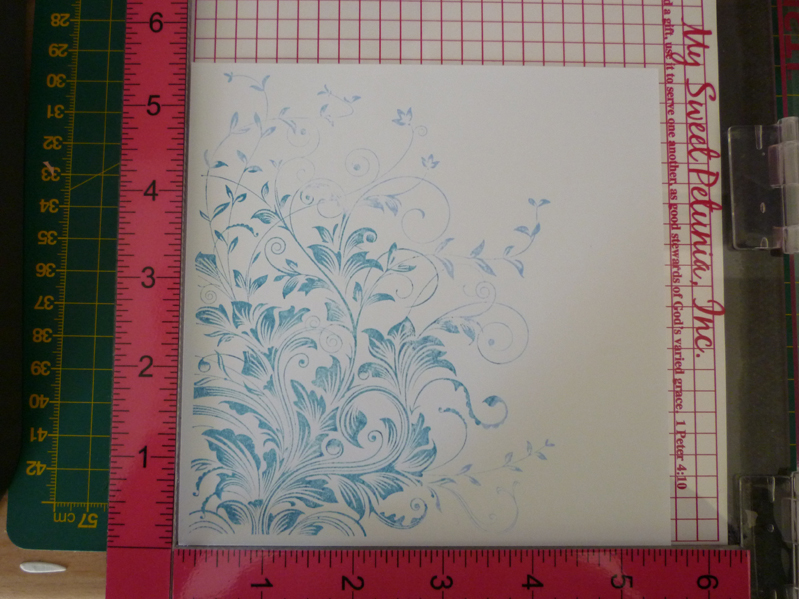 I haven't doctored these photos except to make the pixels smaller so Mr Blogger doesn't have a hissy when uploading. I took them in crappy light and immediately after I stamped.
I was amazed it worked  stamping directly on top 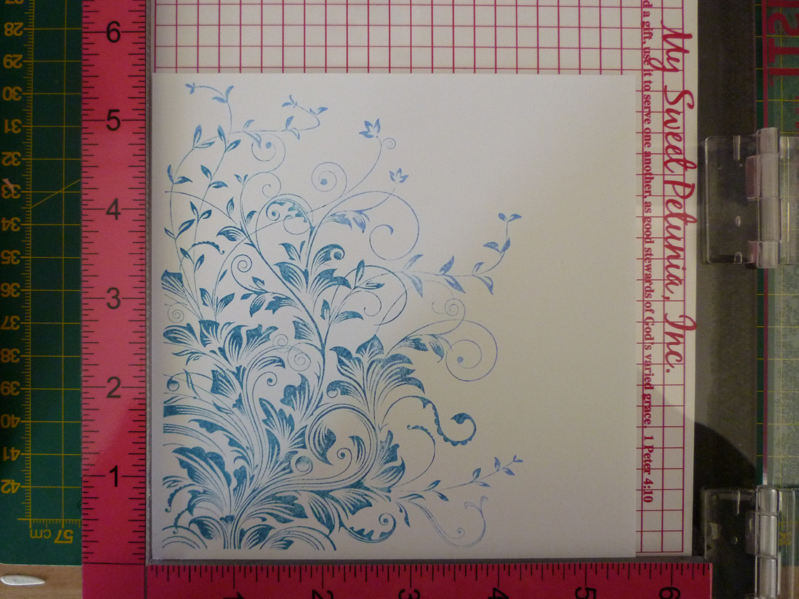 So far I'm extremely happy with my new toy, I even used it today for stamping a sentiment, no more stamping half a dozen just to get one decent one. I stamped it three times on the same stamped words to get a sentiment I was happy with and I didn't have to press hard.
It is expensive and only available in the US, hopefully supplies will trickle into the UK.
Posted by debby4000 at 6:30 AM

I'm so pleased that it worked so well for you. And the result is stunning. such an elegant card! x

I'm all for anything that makes life easier, saying that your cards always seem perfect to me and this is no exception!! xx

Morning sweetie, this is really gorgeous, I am pants at stamping too and mainly use digis for this reason hugs Pops x

I hope the Misti solves all of your problems Debby, I've heard lots of positive reviews on it, This is a pretty card, such a beautiful stamp.
Pauline
x

Gorgeous card Debby, I;ve watched videos and have been impressed by it... I keep looking at the Misti just hoping when my daughter goes to the US later in the year she will bring me one back....

MISTI is an awesome tool and you will not regret buying it. It is amazing, as is your card -- that swirl is stunning!

thanks for sharing your views with us. I have issues not seeing straight and spend hours trimming and re-trimming and still getting a crooked results. So, I will be on the lookout for this gadget especially as it allows for over-stamping - that could be a life saver!
hugs, annie x

Your card is so gorgeous and I can understand why you bought the Misti. I never ahve any problems stamping thankfully x

Gorgeous card, love the blue shade and the stamp.

I am not a good stamper and a major problem of mine is lining up.

Love the image and the simple design. Hugs, Carol S,xx

I love my Misti! Your card is beautiful.

Looks a good tool Debby, Is it the same idea as the "Stamp-a-ma-jig" will need to keep a look out for it.
love your card xx

Hi Debby,
... just a warning for you and all users of a Misti, the strong magnets used often with Misti are NOT SUITABLE for folks who have PACEMAKER.

See Darnell's blog, as she made the enquiries because she has one and bought a new Misti with no warning on it.
Thankfully she did research, and has warned the company. I actually read it al on Mary's blog.. Mary H of Carolina Cards.
Just good to get the info out there, so glad it helps you, as have issues stamping with my hands too.
Great card,
Shaz in Oz.x

Gorgeous card, I quite fancy one of those gadgets myself :)

Wonderful results Debby! The misti will quickly become your new best friend. Lots of You Tube videos available to see how others used this awesome crafting tool.

This is a pretty stamp and a lovely card Debby but I can see that this large stamp could be difficult to stamp and the Misti seems to overcome these problems especially as you have difficulties with your hands. x