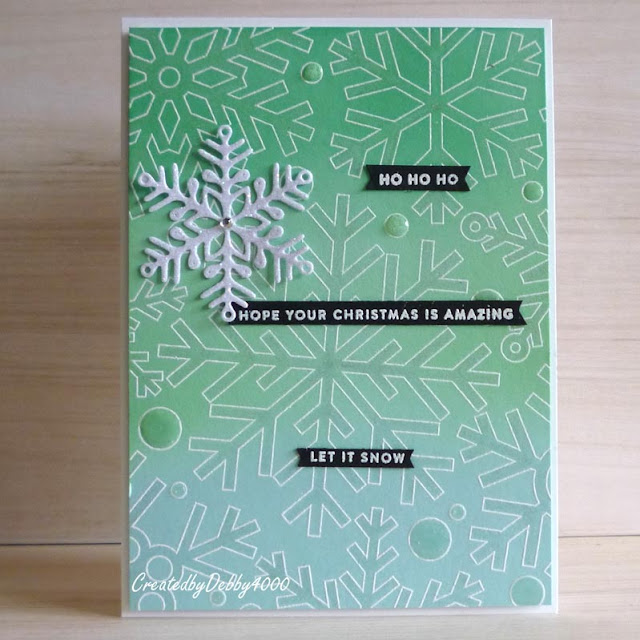 I have that Simon says Stamp Outline Snowflakes and I also have the Nuvo Shimmer pens but do you think I could find them, hunted everywhere so I had to use my nearly run out Wink of Stella Glitter Clear Pen. After making some cards I found my Nuvo pens and I have to say they were better.

I used colour card and two different Oxides to give the shading. I didn't want an exact copy of Yana's card since I had cut out a my new Rina Snowflake out of some Simon says Stamp White Glitter Card to see what it looked like so had to use it somewhere.

Then I wanted to see what my Simon says Stamp Tiny Words Christmas were like and since it was fashionable to do it with black card and white embossing I thought I would give it a go. A square punch was used to make the fishtail ends.
Posted by debby4000 at 10:12 AM

This is a very pretty card Debby and love that outline snowflake design, and embellished beautifully with the white snowflake and white on black sentiment strips. x

Lovely card! I especially like the color of the background and the pretty shading you added. This would be a great card to make multiples of.