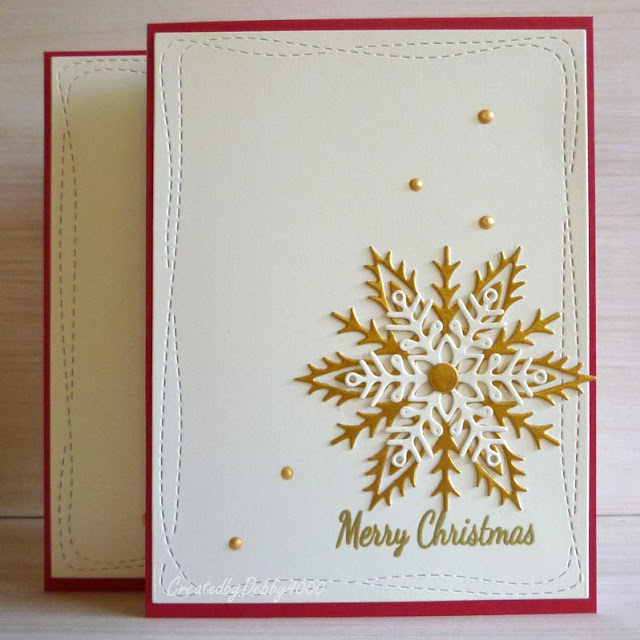 When I made the red and gold background for this card I first cut out loads of snowflakes in gold but decided not to use the large Simon says Stamp Alicia snowflake so that meant I had some gold snowflake to make use of.

I added some Nuvo Crystal drops in Auburn Pearl since that seemed to work better with the gold card I had used.

That's a couple more quick cards and I've even added the inserts too, still have about 25-30 to do not sure I will get them done by the 1st of December, everything stopped in the craftroom to make a card for a special lady and I then remember I've a boys card to make asap. It is really inconvenient for people to have birthdays in November.

This is a really elegant and pretty card Debby and the two snowflakes stacked up really make an impact, and the wonky frame shows them off and also finished beautifully with the pearl drops and sentiment. x

Simply beautiful, Debby! Love the gold snowflake. I might have to give this a try. I agree with your thoughts about November birthdays. How dare they? Don't they know we're too busy with holiday cards to be bothered making birthday cards?