My name is Stuart 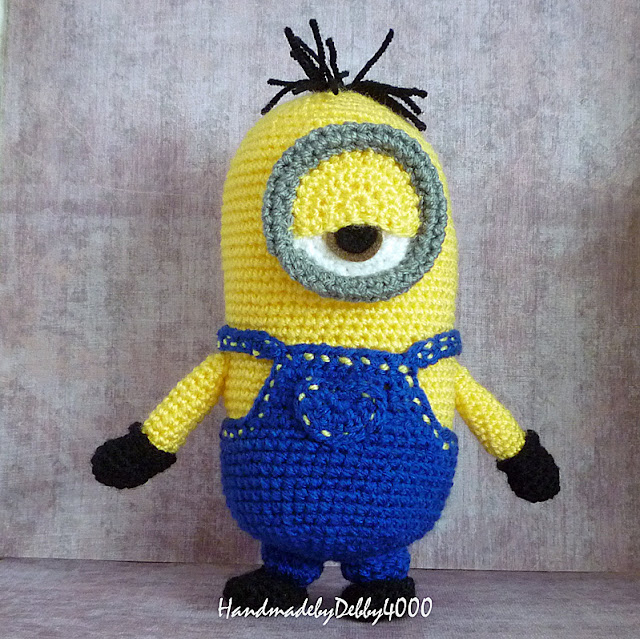 No Scrapbooking haven't unpacked my bags yet, probably be the only time I will be in my craftroom today. At the crop someone mention that yesterday was International Crochet Day so I thought I show Stuart instead.
Because my yellow wool is thinner than my blue even though they are both DK I used a larger hook for the yellow and add a couple of extra rows for the dungarees when using the small hook, it seems to work out. 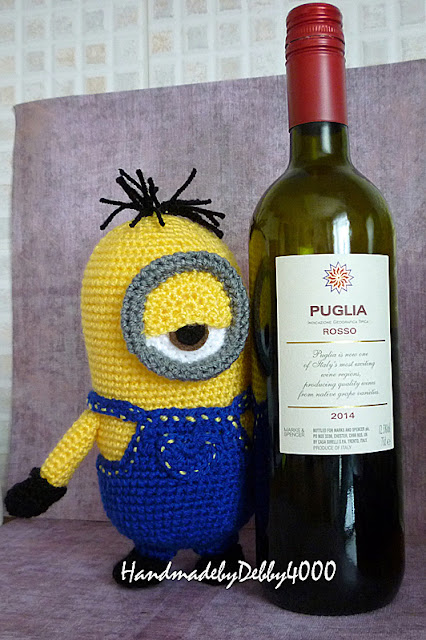 Apparently he's a bit partial to a glass of wine but it does give you an idea how small/large he is. 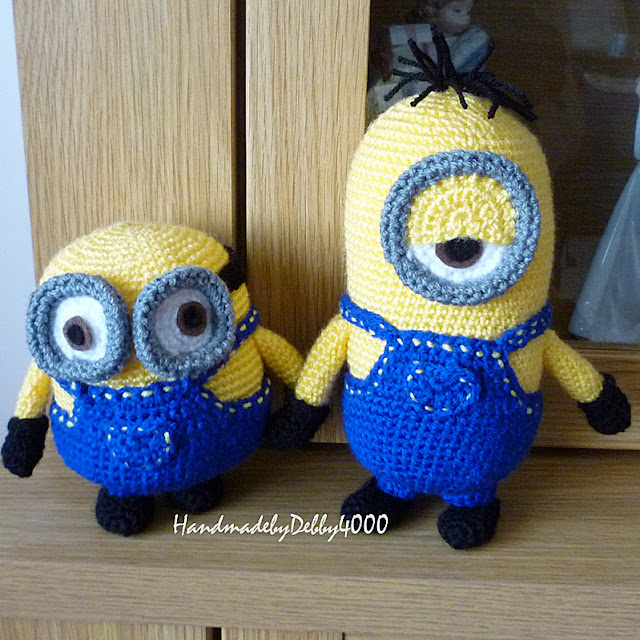 Here he is with his little minion friend. They are both in the hands of my Gt Nephew interesting when asked to give one away it Stuart with his one eye that he's happy to do with. Obviously he doesn't get one eyed minion. I'm now making a couple of Kevin's who has two eyes for my DD who wants them for her friend's sons but I have to the 26th to get them done. 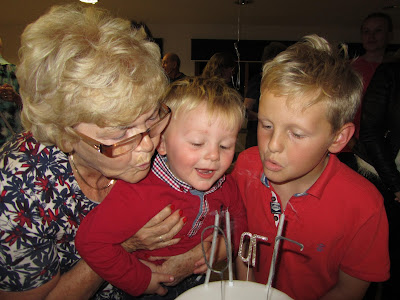 Friday there's was a surprise for my sister's 70th which is not till a week today but there's a surprise weekend next week which is why she can't go to my nephew's wedding but that will be where I am.

They are so cute, Debby! Very clever work with the thinner wool. Lovely photo of your sister.

I love these Debby, they are adorable and you have worked very hard on them.
Lorraine

I love these two minions Debby. I am obviously behind the times as I had not heard of them until seeing them on here. I am making a bunny at the moment and I am finding that my DK yarn is not as thick as that used on the pattern so is coming out smaller I think. I'm hoping it will look ok when finished. x

Your two Minions are fabulous.
Deborah A

My Grandson would love these!! Fab little Minions! I haven't done crochet for years!! Used to enjoy it. Hugs, Carol S.xx

Your Minions are adorable. Great job.

Awww they are so cute xx

These are brilliant Debby xx

These are wonderful, wish I could get my crotchet as tight and even LOL.

Wonderful little guys, you are so talented in your crafting Debby, Kate x

They are just DARLING!

I don't know how anyone could resist either one, they are both so adorable! Love these guys!

They are both wonderful Debby, absolutely brilliant.
Pauline
x

They are so funny, Debby! We love the Minons too and my grand baby is 3, she doesn't get the one eye for some of them too. Isn't it amazing how smart our kiddos are?! Paulette S.
http://paulettesprettypapercrafts dot wordpress dot com