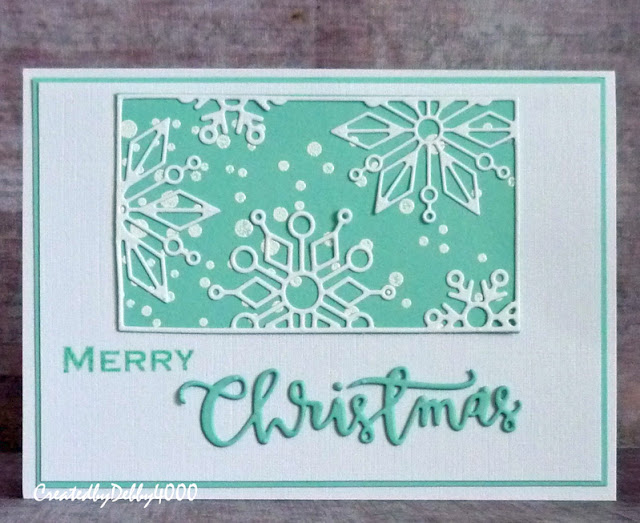 Have you checked out the Stamptember Blog Hop if not why not. I was lucky to be sent some new goodies and that included this Snowflake Block. Now in hindsight I needed of bothered to used the Simon Say Stamp Falling Snow stamp for behind the snowflakes but I wasn't going to waste it and I had enough for two cards.
The first one is quite classic using the panel on white card using the Christmas from Christmas Blessing die and the Merry stamp is from Ornaments stamp set. 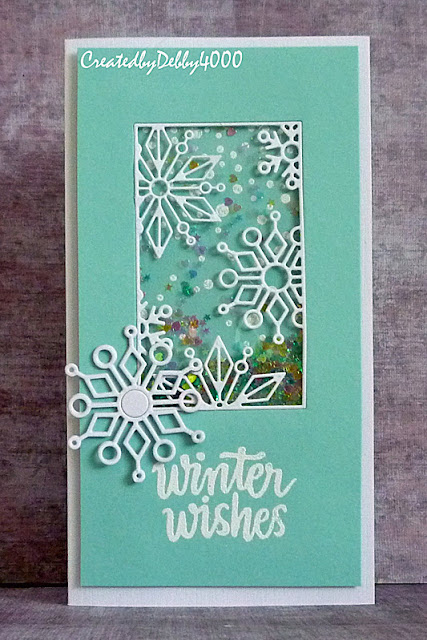 When I first saw the panel it and since I've been having Shaker moments I though it would work on well on a Shaker card. Again it would work without the snowfalling background. The shaker bits are from a Simon Say Stamps Kit because it had some aqua coloured sequins thingys.
It was fiddly taking the double side tape off the back but thats because I'm a cheapskate and use cheap stuff.
The fabulous single Snowflake is a matching die called Kinley and I did layer it twice and I finished with sentiment again from a Simon Says Stamp kit stamp set called Winter Wishes. 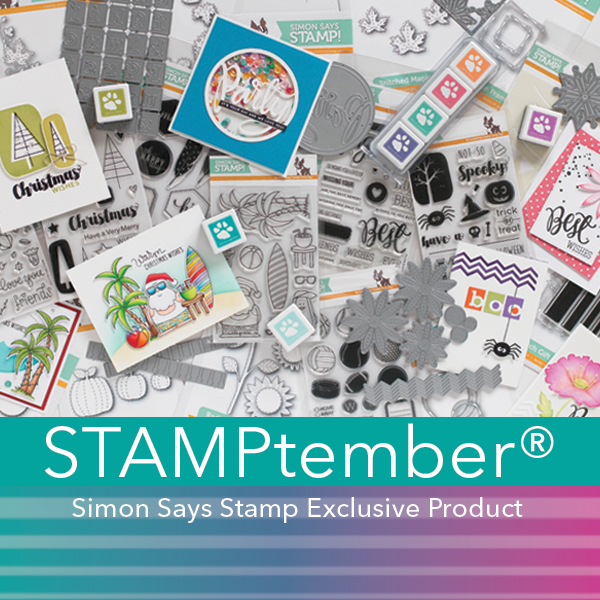 Just love both of your creations hun, the top being my favourite tho
Hugs Shell xx

Just love both of your creations hun, the top being my favourite tho
Hugs Shell xx

Gorgeous Debby, these are wonderful x

Both are gorgeous Debby, love that panel...x

Love them both Debby!!

I love both of these cards Debby, and the frosty colour you have chosen.
Lorraine

This is gorgeous Debby, a fabulous CAS design.
Pauline
x

They are both lovely, Debby! Shakers are so much fun and I love the recipient's reaction to receiving them! It was a great release! Thanks, Paulette S.
craftqueen417 at yahoo
http://paulettesprettypapercrafts dot wordpress dot com

Both cards are lovely Debby

These are stunning, I love the designs and gorgeous icy colours.
hugs Sue xx

Totally and utterly gorgeous, love both cards and the choice of colour is wonderful.

These cards are both really pretty Debby and I love the green and white and what a great idea to make a shaker card with he acetate behing the die cut panel. x

Love them both they are such nice colors! Like the shaker card with the sparkles from the sequins!

I love the die Debby, its on my wish list! Both cards are beautiful, but the shaker card is extra special!

Really love that shaker card. I've only ever made one of them. Guess I should give it another go.

These are fab Debby, love your new die :)