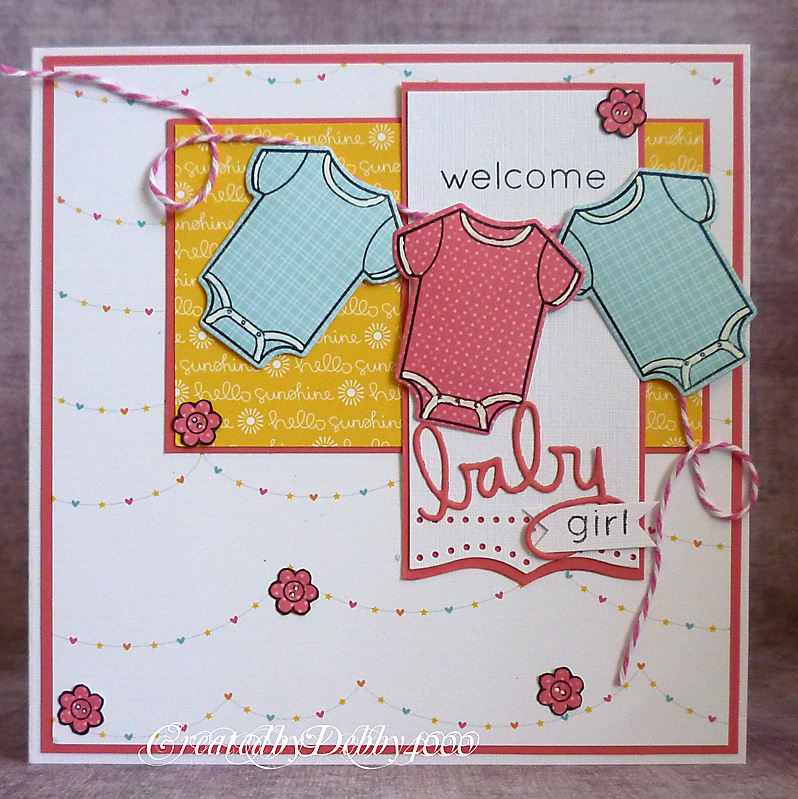 Well Mr Mojo has definitely disappeared this week even at MJ's crop yesterday I only managed two unfinished layouts. But now that the Plasterer has been to the outhouse I'm hoping has the house gets dust free maybe he will return.
Before I left for the retreat last week I received a Simon Says Stamps order with the new baby stamps and dies and I so wanted to use them and I tried this week but it was hard with Mr Mojo elsewhere.
I followed the Freshly Made Sketch and using the Simon Says Stamp March Kit papers this is what I came up with.
I used my Simon Says Stamp Baby die which obviously a perfect addition to the new stamps and dies.
I fussy cut the flower buttons because I didn't like it with the die but I think thats because I stamped in black probably would have look better if I used white.
I used a white pen for round the rompers but this was for speed rather than working out what would work for the best. 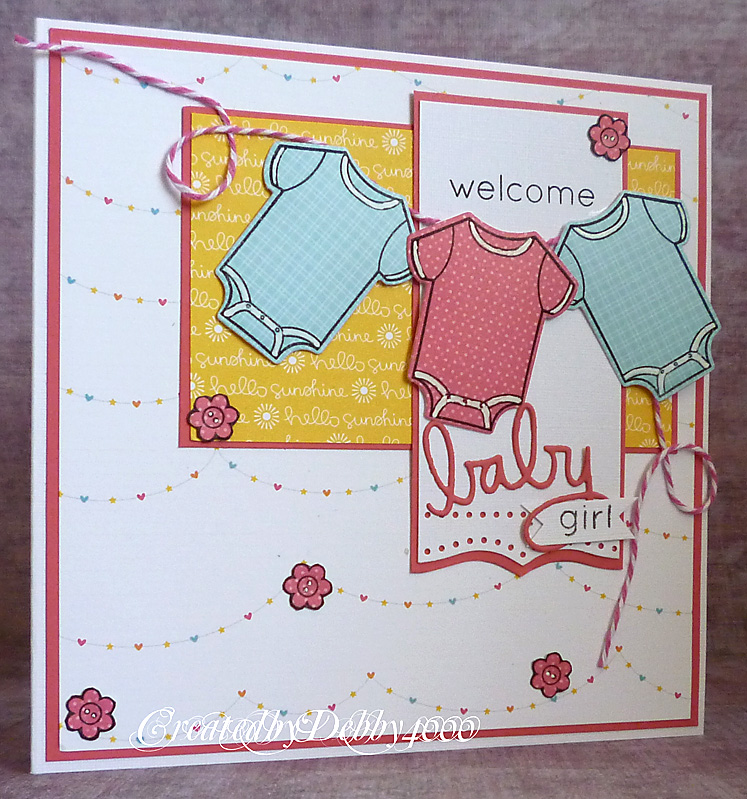 with building works and renovations I am not surprised your Mojo took a beak Debby, but just think how lovely that new room will be and he will be rushing back with renewed vigour.

Meantime you are still creating adorable cards like this on.

Hope you have a good Sunday.

This is gorgeous Debby, I love your design and beautiful colours.
hugs Sue xx

This is gorgeous Debby, I can't see any sign of lost mojo.

Gorgeous card Debby. Love those rompers. Haven't heard that word in a while.lol

super cute card all the same Debby, when my mojo goes walk about I am facing a blank card. you never fail to come up with fabulous creations xx
Hope the work comes on quickly for you now xx
hugs xx

So adorable! Love the yummy colors on this card! Well done even without Mr. Mojo LOL!

What a sweet card!! Loving this!! xx

Well considering Mr Mojo is taking a holiday this is a beautiful card and I love all the lovely paper piecing and die cutting. The colours and patterns work wonderfully. You are no doubt feeling a bit stressed at the moment, but when the work is finished I'm sure you will feel creatively renewed. xx

With the standard of this card, you would never know that Mojo was on spring holiday! It's brilliant and I love it! I think us crafters, do not like too much disruption in our lives. Having your room turned upside down, is enough to drive him away!! It will be worth it, I'm sure. Hugs, Carol S.xx

Such a sweet card! Love the little onesies!! Glad you joined us this week at FMS!

Such a lovely baby card Debby

Ohhh what a cutie!
I hope your mojo comes back soon ... though it doesn't show in your card that he's missing :)

Oh so cute Debby is your card

darlin card Debby, luv those little onesies...cuuuute! hope you have a fabby week!

The little onesies hanging up on the line are adorable. I love what you've done with the baker's twine. Thanks for joining us at Freshly Made Sketches this week!

Oh this is so adorable Debby!! I love the stamps and dies here! :)

Sweet card! Those little onesies are so cute.

aw love this debby.those rompers are adorable and your design is fabulous ;D

Pikachu kigurumi baby onesies has become the most comfortable outfit or attire that can be found on the market at the moment. It's an overly loose pants that are made from fabric to coincide with the Pikachu.