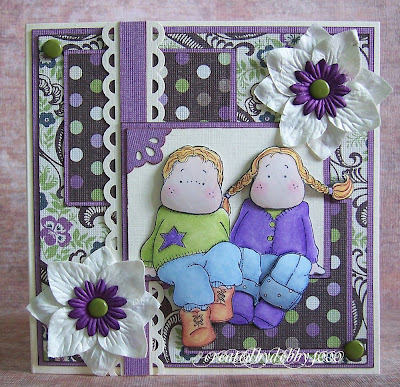 Oh Debby your card is just beautiful!
Such gorgeous images and your paper and detail are wonderful!
hugs
kim x