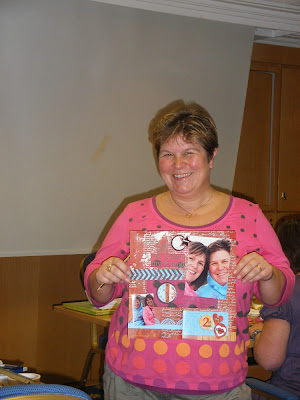 This weekend was Scrapcamp4 and we were lucky that it actually took place, Hilton at Bristol double booked some of the rooms but they came up trumps with Swindon, OK we could of done without the wedding on Saturday but we worked round that. I was lucky to meet three scrapbookers
who inspired me to Scrapbook Kirsty Wiseman, Jane Dean and Scrapdolly (Karen Leahy). 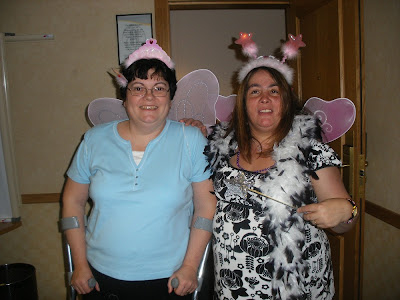 They are the reason I still scrapbook.


Somehow that Fairy Karen managed to talk me into something again. But at least I didn't get roped too much in the games.
Jo got roped into Blindmans Scrapping but with Jane's help managed a to be the first to complete the challenge But I don't think Nannette is ever going to forgive me. The next game you needed a spokesman, Jane Dean and a representative Nannette. Then I saw the paper towell roll and the black sack and as a Scrapcamp veteran I knew what this meant and I was laughing hysterically before they were even told what was expected of them. The spokesman with her helpers had to make a dress for the representative with the paper roll, bin bags, sellotape, stapler and stash. 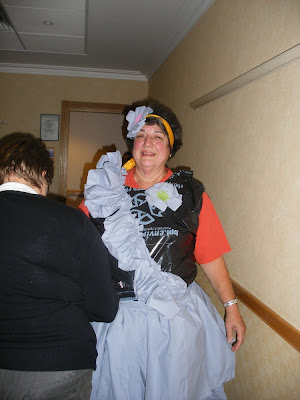 The spokesman had describe her dress, Jane introduced Carmen as her size zero model, I didn't hear much after that laughing too much but I think I did hear Big Bertha Productions. 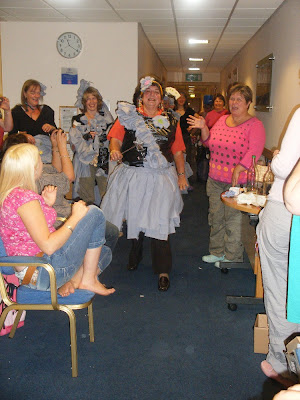 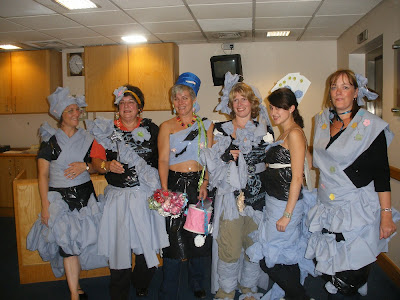 I didn't manage to Maria Grace's album class because I had problem with my hip and had to rest it for most of Sat Afternoon but with rest, painkillers and a large glass of wine (few more glasses in the evening) felt a lot better and promised Sis I will always do as she says if only to avoid the I TOLD YOU SO later.
A huge thank you to these wonderful ladies below for a fantastic weekend. 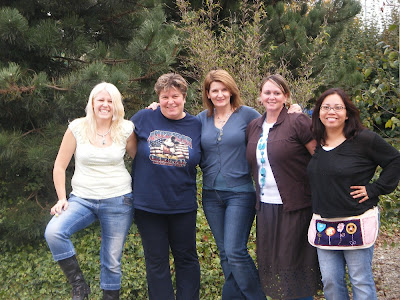 You can see my team-mate Terrie and myself on her blog and even more pics.
Posted by debby4000 at 11:13 AM

debby, fantastic photos! especially love the model line-up :-) what a belly laugh that night was!

I loved meeting you and had so much fun! - FAB photos