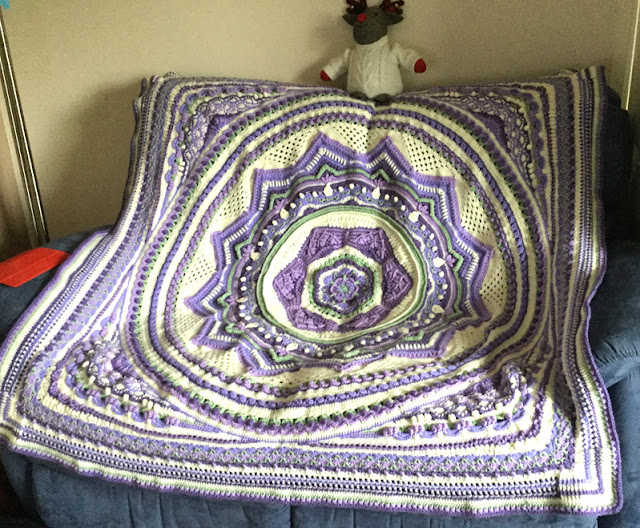 Didn't realise I havent done a crochet update for a while and since I've been recovering from the weekend retreat no cards as been made this week, no I lie I made a DT card for next weeks challenge then discovered it was the wrong challenge. ( In fact its for 3weeks time!)

First off is my Sacred Space Blanket, it turn out much larger than the Lost Garden and was pretty heavy the last rows. 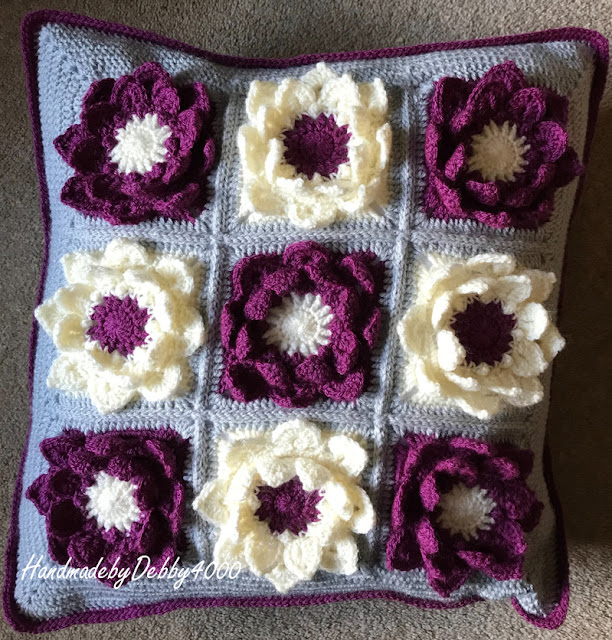 I made cushion with the flower squares which are Crocodile Stitch Afghan square, what I had forgotten about was that the later rows you grabbed the top of the petal so they laid down. I made my square small so they curled up and since the wool was acylic I was prepared to heat blocking. I worked in a wool shop and seen many an item where folks had tumbled dried or ironed their garment and not ready the care instructions. 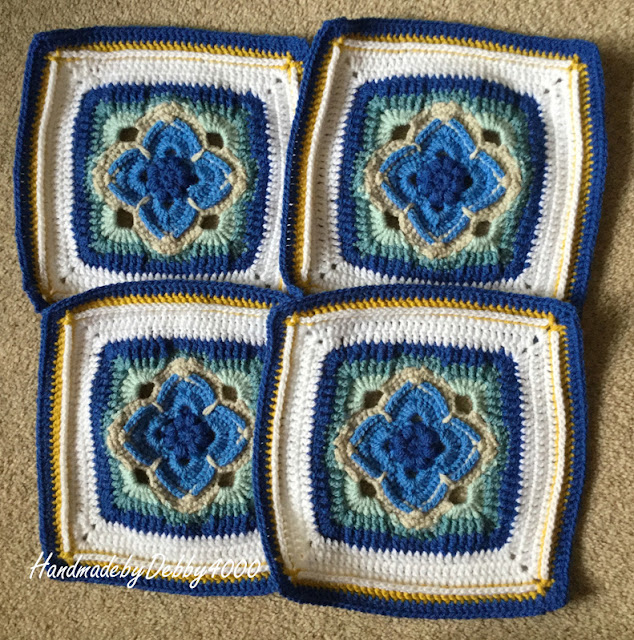 Lost my way a bit with the Life Inspired Cal that is published in the Crochet Now. I have missed out a whole square mainly because I couldn't get it to straighten. After trying several times I decided lif is too short and since I had made 4 square instead of 3 I could easily forget about it. 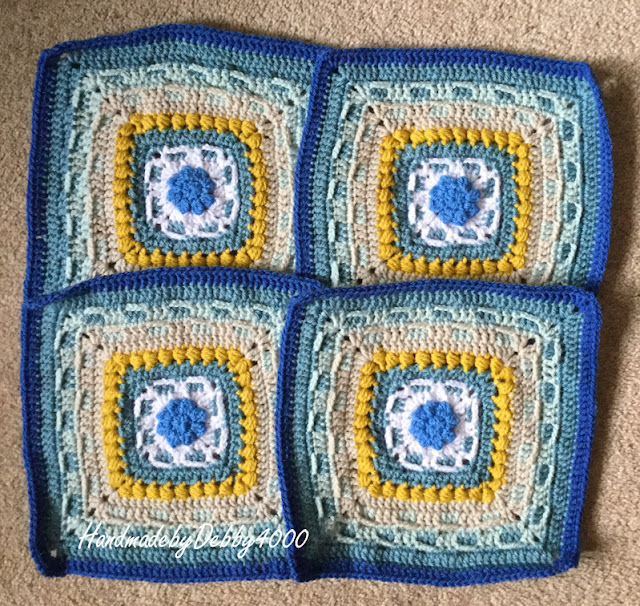 I've order some more wool from Wool Warehouse this time in Aran and I plan to make myself a cardigan. Its called Sunday Funday by Iron Lamb and although I made myself a cotton jumper with squares which was too small but now fits me since losing weight. I 'm not very confident in making garments so we will see. 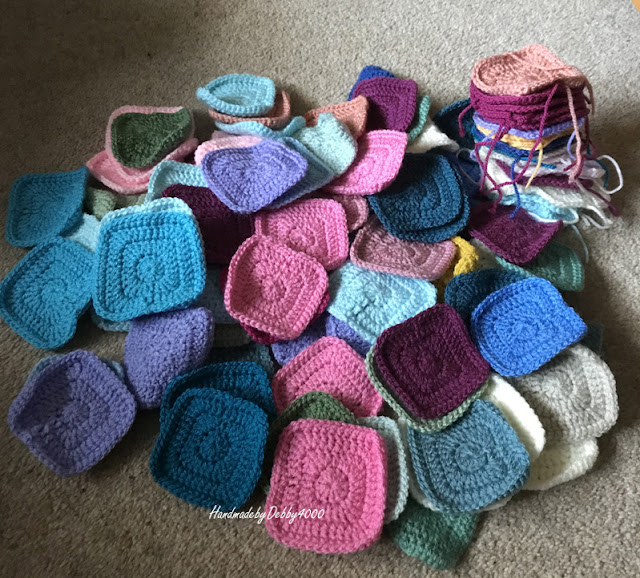 Meanwhile my Scrappy Blanket Square pile is growing. The pattern is the first four rows of a Jan Eaton's 200 Crochet Block Pattern.

What a wonderful selection of fabulous crochet work Debby. That first one is such an intricate design and the cushion looks great with those dimensional flowers, and more very pretty squares which will gradually grow into something bigger I assume, and that last pile of squares...such a lot of crochet hours you must put in but you obviously love it. x

What a brilliant array of gorgeous crochet Debby xx

Wow Debby these are fabulous, beautiful mixes of colours on them all! I'd love to get into crocheting again but my fingers have gotten quite stiff and don't think they'd be up to it now :(