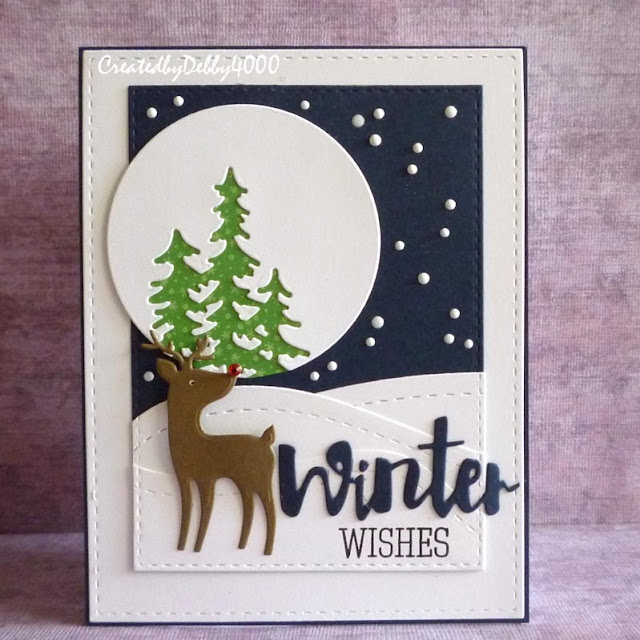 This is really pretty and .ove that sweet deer Debby and jsing a wonderful array of gorgeous dies. x

Sorry Debby it looked fine before I published it! It should read 'love' and 'using'. x

So beautiful is your card x