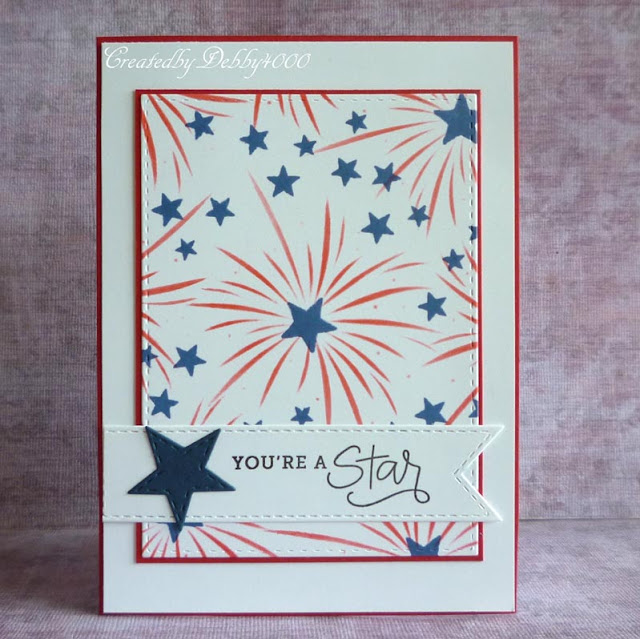 Having a few days at home means I could get down and make some cards and actually use my Simon Says Stamp card kit soon after receiving it. Only wish Mr Mojo would help instead of going on his holibobs.

I love the firework/flower stencil that came with the kit and you could either use the star from the Stamp set that was with the kit or use a flower stamp. I decided to use one of the stars. I may not have stepped away from the card when adding the smaller stars!

So I cut out using the Simon Says Stamp Stitched Rectangles and backed the panel with a bit of red card. The fabulous sentiment is also with the stamp set which you can buy separately its called Seeing Stars and the Stitched Star is from Simon Says Stamp Bundle of Stitched Shapes. 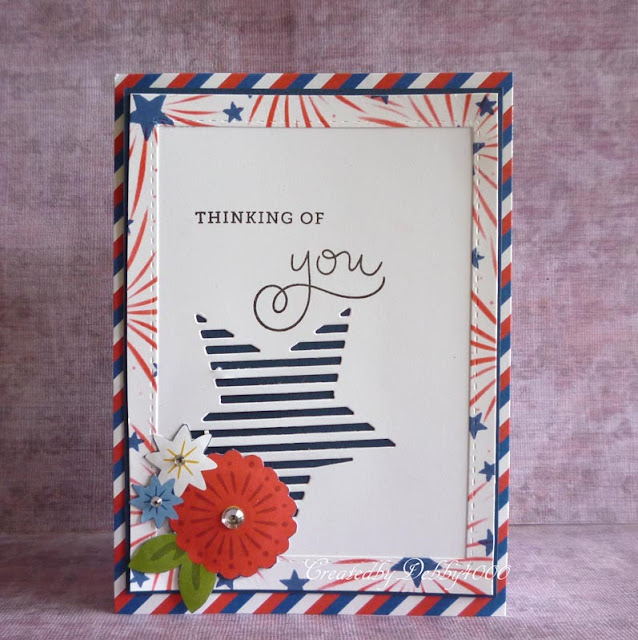 Once I had cut the centre panel of the above card I was left with a frame, couldn't let that go to waste.  So I used the fab die that also came with the kit called Vented Star. Broke my heart cutting into the floral paper to get my cluster of flowers. Backed the frame with the blue card which helped my star to show and added the stripey paper on the back and the sentiment again from the stamp set.
Posted by debby4000 at 7:16 AM

Hi Debby your cards are stunning I love them both. Take care. Hugs Jackie

Another lovely creation in pretty colours Debby and an equally lovely one with the waste panel.

Two fabulous cards Debby and I love the firework bursts with the stars and the pretty paper, and the star die with the beautiful cut out flowers on the second too. Personally I think you mojo is tip top! x

Awesome as always! Love that firework!

Wow, love these stamps Debby and your designs are fabulous.
Have a lovely weekend.
Hugs Sharon. x

Fab starry cards Debby, I love the font on your sentiments too :)