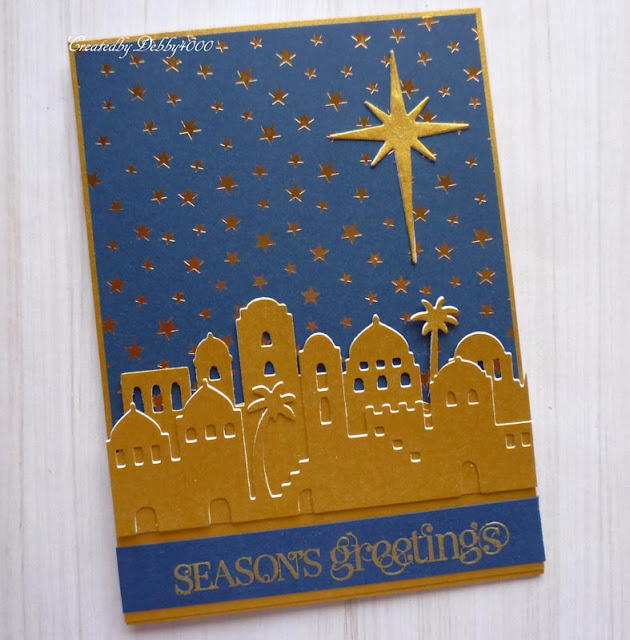 I brought the some patterned paper Stamping Up then had no clue what to do with it. There is a lot of gold involved which surprised me why I chose it I much prefer silver. One thing I realised how many different colours of gold there are.
I have plenty of gold in my stash but the card ones show up the release dots so much I couldn’t use them. In the end I had to cut the dies in gold paper and thin white card to give some depth to the dies which is why there is a white shadow on the die cuts.
To help  give me ideas I checked out Pinterest, so I made some cards using what I had rather than buying yet more stuff. The star is a Simon says Stamp die and the sentiment is a really old Stamping up sentiment and the Eastern Village I brought last year.
Posted by debby4000 at 7:00 AM

Lovely card Debby..like you I’m trying to use up things I have rather than buy more..

This is a beautiful card Debby, with the background shiny gold stars over the dark blue..the perfect sky, and then the gold eastern scene and a gold sentiment too. The dimension is great with the added white card too. x